How are NFT airdrops taxed?

In recent years, NFTs have exploded in popularity as they establish ownership and scarcity in the digital realm. Profile picture NFT collections, such as CryptoPunks and Bored Ape Yacht Club (BAYC) NFTs have become synonymous with wealth and status, driving their price to astronomical levels during the peak of 2021. The fact that NFTs are exclusive and cannot be swapped for other products of similar value is one of their fundamental characteristics, allowing them to not only show ownership of art or profile pictures, but also digital or physical real estate, membership to an exclusive community or DAO or even a ticket to a real world event.

What are NFT airdrops?

NFT airdrops have recently become a more common occurrence as a way to market a collection or project, as well as reward current holders. An airdrop occurs when cryptocurrencies, blockchains or projects distribute a coin or token, often employed as a marketing mechanism to gain momentum in the early stages. Uniswap was one of the first decentralized protocols to airdrop tokens to its users as a marketing and early user reward tactic, and they have been an extremely popular method for gaining traction ever since.

BAYC owners have been lucky enough to receive multiple airdrops since the project’s inception. The first was a dog companion for their Bored Ape, which any BAYC holder could mint for free (aside from the cost of gas). These dog NFTs were part of a collection called Bored Ape Kennel Club (BAKC). Another airdrop to BAYC owners was “Mutant Serum” which was sent to every holder’s wallet address, allowing them to mutate their current BAYC and create a mutant version. These are a separate NFT known as Mutant Ape Yacht Club (MAYC) NFTs. MAYC NFTs have been sold for upwards of US$1 million - a nice reward from an airdrop!

Several other notable NFT collections have created NFT airdrops, or the distribution of non-fungible tokens (NFTs) to a group of recipients for free, to promote the brand and engage with the community. Azuki’s ‘surprise airdrop’ event was a big success when it airdropped ‘something’ NFTs, which later minted into BEANZ NFTs that led to an increase in traction for the project. It’s important to remember that each airdrop is implemented differently, with some airdrops have to be claimed using a small gas fee, whereas others are sent directly to an individuals wallet. These nuances could lead to a different tax treatment depending on the jurisdiction, so it is important to take this into account when calculating your taxes.

How are NFT airdrops taxed in the US?

The IRS views airdrops as a form of income and as such, they are subject to income tax. The fair market value of the coins or tokens on the day they were received should be used to calculate the amount of income received, which should be reported as "other income" on Form 1040 Schedule 1. Additionally, if the NFTs received from an airdrop are sold, this will be subject to Capital Gains Tax. The cost basis should be calculated using the same method as above, and the capital gains should be reported on Form 8949. CryptoTaxCalculator automatically pre-fills these forms with this information when you import your NFT airdrop transactions to the platform and fully reconcile them.

How are NFT airdrops taxed in the UK?

The HMRC has provided clear guidance on the taxation of airdrops in the UK. Airdrops may be considered income if you have done something to earn them, such as being rewarded for existing trades or completing a specific action like sharing a social media post. However, if airdrops are received without providing any kind of service or action in return, they are not considered income. Additionally, if you are considered a trader, meaning that your main source of income comes from crypto investments, you will be subject to income tax on airdrops even if you did not perform any actions to earn them.

When you sell coins or tokens received from an airdrop, if there is a capital gain, it will be subject to Capital Gains Tax. This should be reported on your Self Assessment Tax Return, or in real-time through the Capital Gains Tax Service. CryptoTaxCalculator provides the information required to report this information when you import your NFT airdrop transactions to the platform and fully reconcile them.

How are NFT airdrops taxed in Australia?

The ATO has issued updated guidance on how they view airdrops in Australia. In general, if an airdrop is received as part of a marketing campaign, it will be considered as ordinary income and subject to Income Tax upon receipt. Additionally, if there is a capital gain when selling NFTs or tokens from an airdrop, it will be subject to Capital Gains Tax.

However, there is an exception for initial allocation airdrops. These airdrops will not be considered as ordinary income or a capital gain upon receipt, but disposing of these tokens later would be subject to Capital Gains Tax. In this case, the cost basis for the new coins is zero if received for free, otherwise it would be the amount paid to receive them.

For most airdrops, Income Tax and Capital Gains Tax are reported on the same Individual Tax Return Form. CryptoTaxCalculator provides this information on the available tax reports when you import your NFT airdrop transactions to the platform and fully reconcile them.

Can CryptoTaxCalculator help with NFT airdrops?

To simplify the process of calculating taxes on airdrops and other crypto transactions, you can use a tool like CryptoTaxCalculator. This tool automatically calculates taxes based on your location, and you only need to tag your airdrop transactions for it to determine your cost basis and any subsequent capital gains from a sale.

If you live in a country where airdrops are considered as income, you can adjust the settings in your CryptoTaxCalculator account to treat airdrops as income, then the tool will automatically include the calculated Income Tax for airdrops in your income report. The platform implements default settings for each country so that if your country has taken this stance on airdrops already, the settings will be applied automatically.

In summary, NFT airdrops may be subject to taxation in various countries around the world, including the United States, Australia, and the United Kingdom. If you receive an NFT airdrop, it's important to understand your tax obligations and consult with a tax professional if necessary to ensure you're properly reporting this income.

The information provided on this website is general in nature and is not tax, accounting or legal advice. It has been prepared without taking into account your objectives, financial situation or needs. Before acting on this information, you should consider the appropriateness of the information having regard to your own objectives, financial situation and needs and seek professional advice. Cryptotaxcalculator disclaims all and any guarantees, undertakings and warranties, expressed or implied, and is not liable for any loss or damage whatsoever (including human or computer error, negligent or otherwise, or incidental or Consequential Loss or damage) arising out of, or in connection with, any use or reliance on the information or advice in this website. The user must accept sole responsibility associated with the use of the material on this site, irrespective of the purpose for which such use or results are applied. The information in this website is no substitute for specialist advice. 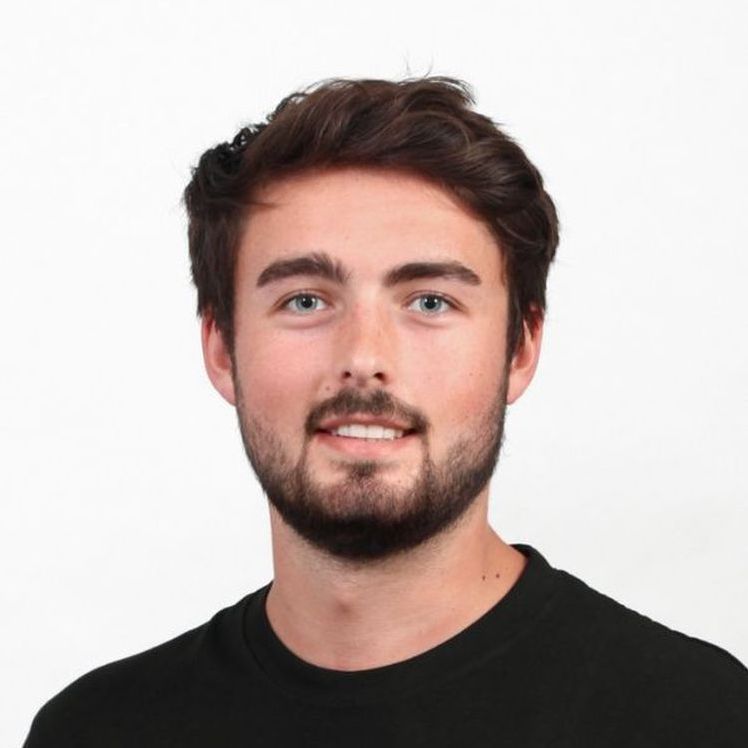 Patrick has been in the crypto industry for the last 7 years and is passionate about sharing his knowledge and experience in web3. Patrick has also covered the crypto space for Forbes Advisor, Canstar and The Chainsaw.

How to calculate tax on ETH gas fees

CryptoTaxCalculator does the hard work so you don’t have to.